How to Be a Supermum

If he adopts all five she will forgive him for not being a twin sister on whose hair she might practise French plaits.

The Vicar, evidently, is a lost cause, for he is merely required to adopt Adidas footwear and to sing hymns less loudly at school assemblies.

Then she borrows a biro and sketches a picture of her ideal mother and she labels it, optimistically: 'My Mum'. 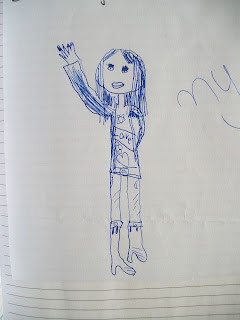 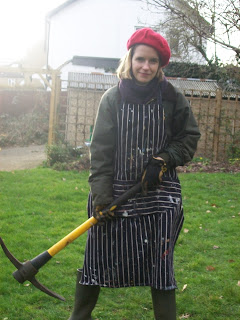 She mistakes my horror for grief over my own failings, and she tells me that she will let me off the designer hair, the painted nail extensions and the tunic top blaring 'Love' if I will consent to buy real Uggs and a silver people carrier. 'I'm doing this for you,' she says patiently. 'So you can be a supermum.'

My amusement is matched by forboding. Designer clothes and designer gadgetry are the social currency in our school playground. Self-worth is measured in terms of Ralph Lauren and ipads. My daughter has just sacrificed twelve weeks of pocket money on a Ralph Lauren T-shirt from eBay. 'So that I can talk about it,' she says, 'like the others do at lunch times.' A classmate's struggling single mother has bought her 8-year-old an ipad because she'd found that half the form claimed to own one and she feared that she had failed her daughter.

I am hardened against most overtures. I insist on T-shirts from H&M and an ipad fashioned from a Rice Krispies box. A minuscule man on a polo horse cannot move me and I have invigorating prejudices against Uggs.

But I can see that behind the superficial yearnings are issues of id and ego, and I know that evolving identities must be humoured. And so I exchange my birthday bobble-knit for skinny jeans and I scrape the manure scabs off my Barbour jacket for Barbours, The Telegraph tells me, have unexpectedly gained street cred.

I have not, however, reckoned on biology. Ipads are old hat this week. Even Ralph Lauren lurks knotted in a drawer. One of the mothers is expecting. Now babies are the must-have accessories at the school gate. My daughter lurches out of class agog. Her eyes slide unseeing over my revamped winterwear and she forgets to draw my attention to the Puma tracksuit sashaying by.

'What I really want,' she says, 'is for you to have a baby.'
She's braced for my reaction. She has already devised the clincher.
'If you have a baby in your arms, ' she concludes cunningly, 'I'll think you're a supercool Mum and everyone else will think you must be young!'