Showing posts from December, 2015
Show All

When your child goes missing... 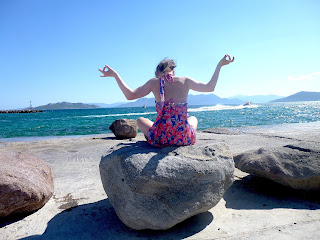 It was 8am when the 13-year-old left for school. As usual I had forgotten to pack the 11-year-old's lunch, so as usual I was distracted by Hovis crusts when she called out a goodbye. It was 11am when the school texted to say that she had not turned up. They asked me to ring but my calls landed in a voicemail box. I crouched over my phone and decided to think things through rationally. I thought of how I had berated her for her messy room when I'd bidden her goodnight and how I'd complained of her rolled up skirt instead of a morning greeting. I thought of a man in a van snatching her off the street and of a secret tryst with a Facebook imposter. I recalled headlines of body parts in bin liners, of teenage runaways and hit-and-run drivers. I imagined all the empty Christmases of the future without my little girl in. It was an hour before the school returned my message and told me that she had been in class all along. In that hour, the world shifted infinitesimally. I
18 comments
Read more
More posts