September 10, 2012
Yesterday my 9-year-old was wrestling the new experience of grief. Today she learnt about miracles.
Her beloved black cat vanished ten days ago and we all presumed he was dead. Then we received a call from a stranger in response to this: 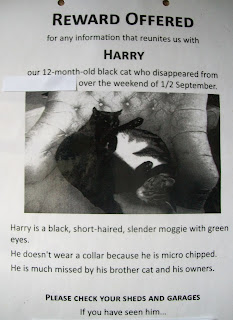 There on the gate he saw this: 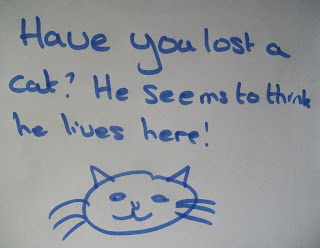 We drove to the woods and found the pink cottage and soon a small black cat came hurtling out of its front garden. He found us before we found him. It was Harry. He had strayed half a mile over fox-ridden parkland, crossed a busy main road, climbed a wooded hill and arrived at the lonely cottage the very same day that the owner's elderly cat had died.

So now our family is complete again and my 9-year-old has discovered that life can have fairytale endings. Her birthday present will, as she had wished, be a cuddle with Harry. But there's one last thing on her mind. 'Is it all right,' she asks anxiously, 'if I still ask for an iPod Touch as well?' 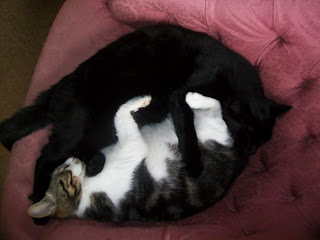 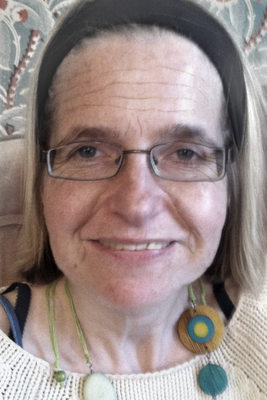